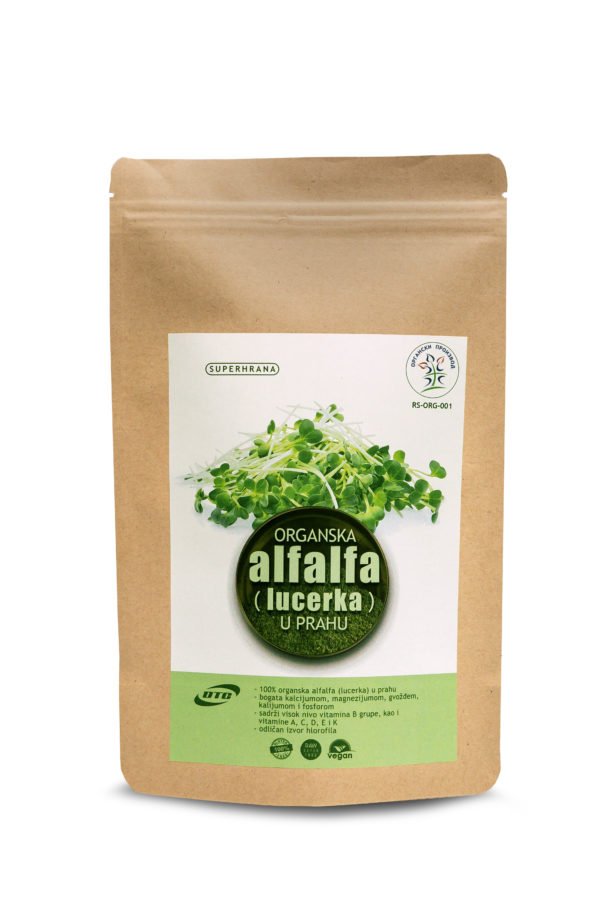 For centuries, alfalfa has been used for medicinal purposes. Its many miraculous, useful proporties are not really a secret. In ancient China, alfalfa was used to treat conditions such as kidney stones, gastrointestinal problems, etc. In Ayurveda, ancient Indian medicine, it is known to be an effective remedy for people suffering from arthritis, as well as digestive and gastrointestinal diseases.
Alfalfa is known as one of the most nutritious plants in the world due to its high content of phytonutrients, which include minerals and vitamins. The ancient Arabs fed alfalfa to their horses, which then became faster and stronger. They soon began to use it in their diet, making sure of its incredible healing properties. From them comes its name “al-fac-facah” (alfalfa) which in Arabic means “father of all foods”.
It is known for its root, which can grow over 9 meters in depth, and thus can extract rare and precious minerals that are not available to most plants.
The range of minerals that can be found in this plant includes: iron, calcium, magnesium, phosphorus, sulfur, chlorine, sodium, potassium and silicon.
It is also a good source of vitamin E, vitamin C and vitamin K, which is necessary for blood clotting.
It also contains essential amino acids that it cannot produce on its own, so they must be ingested through food. It has an extremely high content of chlorophyll, so it is often used for the production of liquid chlorophyll, which is known to have numerous medicinal properties.

Usage: Mix 1-2 teaspoons with yogurt or a little tea or warm water.
Note: As it contains high doses of liposoluble vitamins that accumulate (accumulate) in the body, alfalfa should be taken for a maximum of 3 months, and then a break of 2 months should be taken.

Be the first to review “Organic Alfalfa powder” Cancel reply