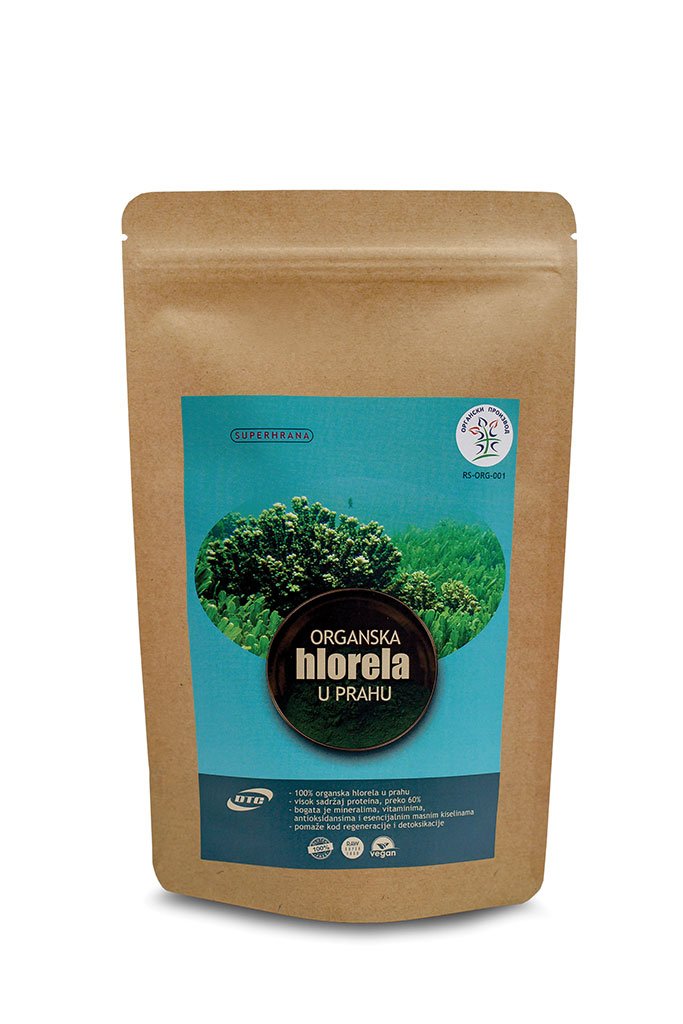 Chlorella is a single-celled microalgae that grows naturally in freshwater systems around the world. This is a type of phytoplankton that floats freely, while producing its energy from sunlight using chlorophyll, the green photosynthetic pigment. The term “chlorella” comes from the Greek word “Chloros” which means greenish-yellow. Chlorella colonies can turn water into a pronounced green color due to its high content of chlorophyll. One liter can contain over 20 billion individual cells. Each round chlorella cell has a diameter of only about 10μm, but chlorella reproduces quickly, where during the division it created 2 to 16 new cells every 16-20 hours.

Chlorella is an ancient species that is about 2 billion years old, but was only discovered in the year 1890 by a Dutch scientist. Many studies have been conducted in the early 20th century about how chlorella is a potential and readily available food source which grows rapidly, assimilating energy faster than other terrestrial plant cultures. Now it is grown and harvested commercially in countries around the world with the appropriate warm climate (20-25°C) and constant sunlight. Chlorella is rich in proteins, photosynthetic pigment chlorophyll, and yellow pigments carotenoids, and research on its health benefits have led to its increased cultivation worldwide. The high level of chlorophyll in chlorella has led to it becoming a popular component in the detoxification regime.

Our chlorella is grown and harvested on a small island in the South China Sea. Freshwater lakes are filled with water drawn from deep beneath the earth, which is carefully filtered before use to ensure that it is completely clean. Pesticides and herbicides were not used its cultivation, and it grows outdoors under natural light and is gently stirred to ensure even cell generation so it would reproduce as quickly as possible. The climate in this area is ideal for the cultivation of chlorella, with more than 2,200 hours of sunshine each year and consistently high temperatures. The environment consists of natural forests, without the risk of contamination from agricultural runoff.

Chlorella is carefully hand washes, then quickly dried, preserving the maximum amount of nutrients. This dry powder is then grounded in order to break the insoluble cell walls of chlorella, which can not break down in the human guts due to heavy cellulose fibers, for which most animals do not possess the enzymes to digest. The milling process allows the breaking of the cell wall, because only in this case can all the nutritional value of chlorella be used .

Usage: The recommended daily intake of 3-10g (1-3 teaspoons). Mix with freshly squeezed juice, milkshake, or smoothie. You can add it into the water with two spoons of honey and one lemon, etc.